If there's something I always order when I'm at rice and fries (aside from the Tom yam pasta), it's their escargots and risotto!

It's been awhile since I found a decent escargot and rice and fries one is great! Drizzled with olive oil ... 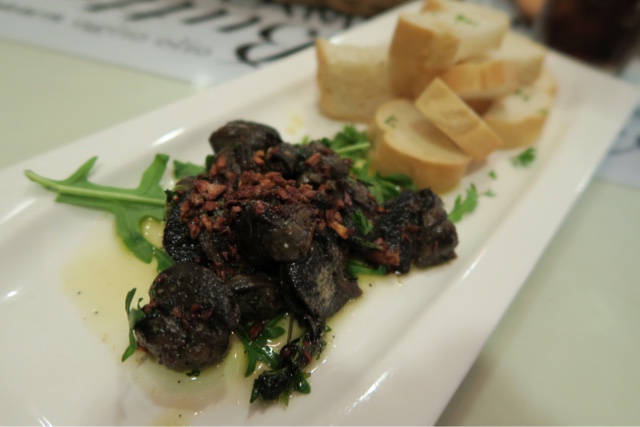 And I actually had dinner before heading down yet I couldn't resist ordering their squid ink risotto! 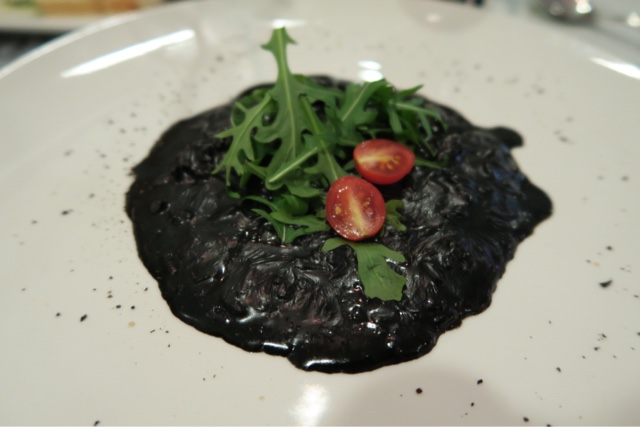 To me, squid ink isn't just serving a black coloured dish that doesn't have squid ink taste. A lot of places are doing it these days but not here at rice and fries. I love their squid ink! It's flavorful and just so tasty (if u like squid ink). I personally am a more 重口味 person and their risotto hits my spot!

And for Geor, their crab risotto is her favourite... 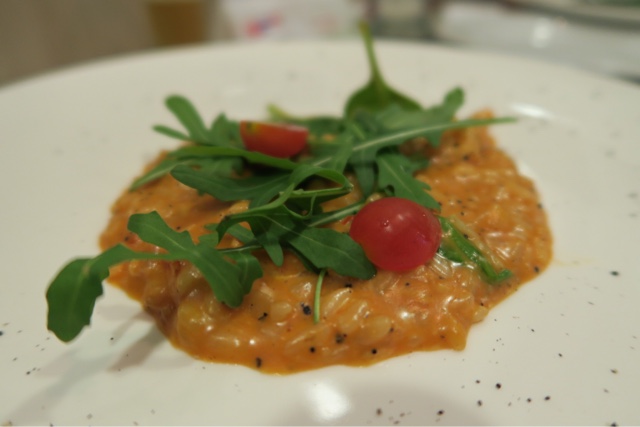 She is another one, also already had dinner but also couldn't resist. Their crab risotto is generous with crab meat and again flavorful with crab bisque like sauce. Love it!

I have long heard about de burg (easily more than a year back) but they were previously located around bukit merah and now shifted to CT Hub.

I finally made the trip down today to check out their burgers.

And being the usual greedy foodie as I am, we ordered 3 burgers! The warm chef gave us a free one and it was burgers glorious burgers! 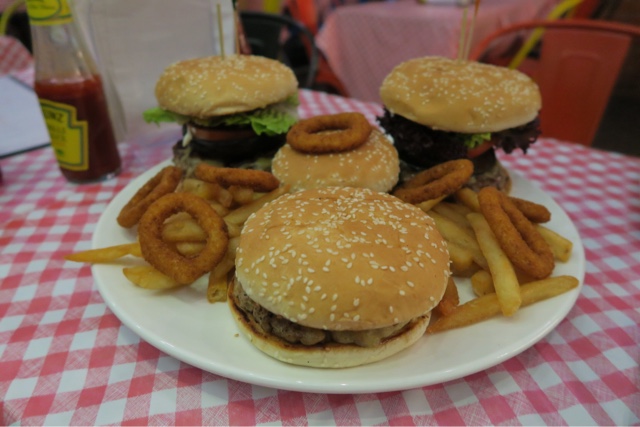 The information that lead me to want to visit de burg in the first place was that they serve burgers with Nutella and peanut butter AND it's apparently yummy! So I zoomed it first to look out for such a burger. Apparently, my source was wrong or maybe it's just been too long ago, the burger was either with Nutella OR peanut butter. The Nutella one was with lamb patty and the beef one with peanut butter. Well, I don't take lamb so the beef one was an easy choice to make. Of course, it helped greatly that the burger is called Richmond, named after Don Richmond (I'm a big fan, he is so cute!).

And here's the Richmond 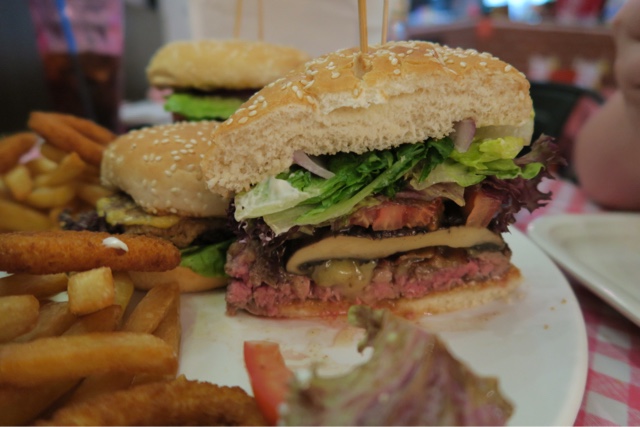 The peanut butter was nicely spread over the bun and toasted. The patty was so good! It was juicy and beefy! They definitely nailed it!

Geor had the Joe burg... 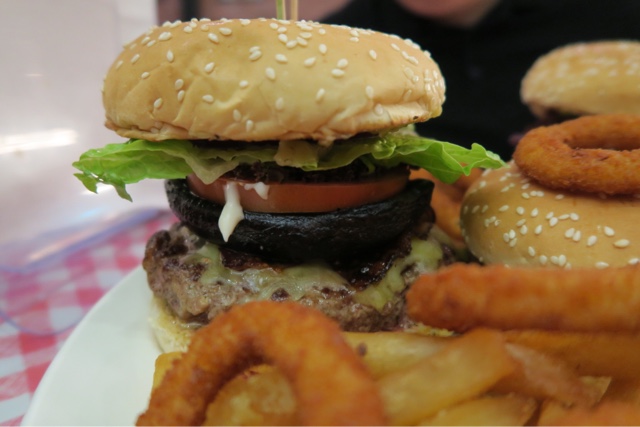 Comes with garlic mayo but aside from that we found it pretty similar to the Richmond.

And the chef strongly recommended his pork burger. He even took a side bet with us saying if we didn't like it, he won't charge us but if we did, we will have to buy him a drink. That's how confident he was - how could we not try it ya? 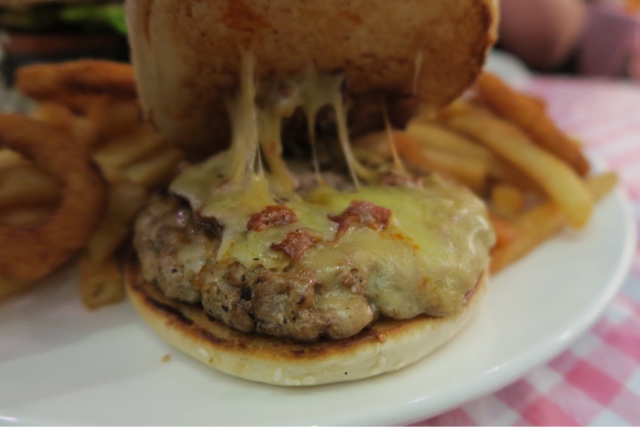 I actually can't rem the name of this burger but it came with cheese and chorizo. The pork patty was pretty good! Let's just say that I eventually did have to pay for my pork burger. Hahaha

Overall a nice burger joint with a friendly chef. CT Hub is damn quiet thou, feels too quiet for businesses to sustain. Do head down to give ur support!