im sure many of u have seen the advertisement for this drink... 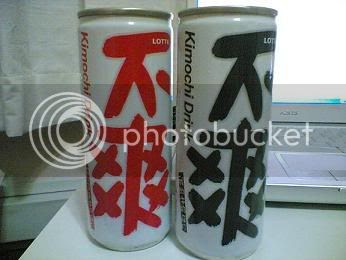 I've tried it... its a milk soda drink.. im not sure if my flu and cough is affecting my taste buds.. but i found it pretty tasteless... not very nice... in fact it felt weird.. milk + soda..


notice the words kimochi on the can? Ooooo.. kinky!~~ hahhaa.. have u guys tried it?
Posted by Junie at 5:54 PM No comments:

I met up with Erica for dinner around 8 pm at cineleisure. We went over to the Phin's Steakhouse at level 1.

Been having the intentions of checking out that place but never had a chance... well, today was the chance!

After checking through the menu, we ordered.....

fish chowder soup, onion soup, oyster shooters, escargots special, ribeye steak and tenderloin steak. Overall, the food was ok, edible... nothing fantastic but doesnt taste bad.... Servers were kinda blur but overall, friendly. The oysters shooters were cheap, only $2.90 each. But we din understand how come the total bill came up to $80+!! damn expensive!! Erica said she'll nv dine there again.. haha... which is true.. imagine, thats around $40+ per person, sufficient for us to enjoy a decent intercontinential buffet meal in a hotell!!
Posted by Junie at 6:00 PM No comments:

I met up with Erica as she was off for the day. We went to west coast XO fishhead beehoon... yup, just the two of us... been yearning for that for a long while.... think its almost a year since i ate there... and... (remember, its just the two of us.. ) check out what we've ordered! 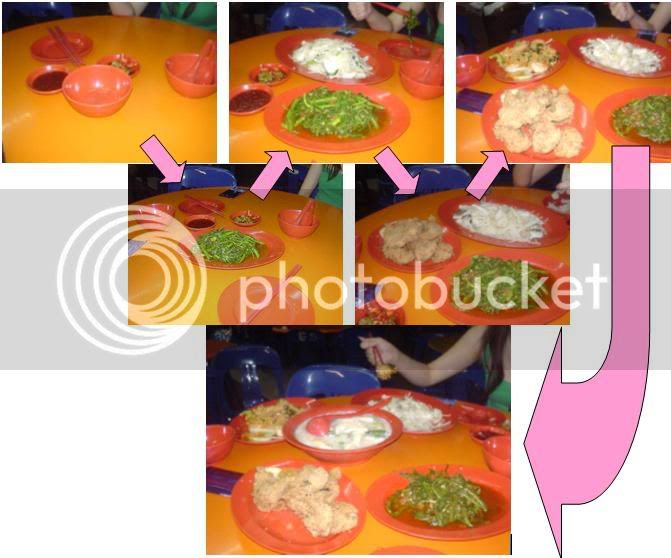 HAHAHHAHAHAHHAA.... yes... even the aunty who took our order was like.. "can u all finish??" We ordered what was enough for like 5 people to finish? We ordered the XO fishslice beehoon, Fishslice horfun (Erica even wanted the medium size one!), Butter prawns, Chilli KangKong and Ha Jiong Chicken. Luckily i skipped lunch! But it was still too much! But determined to prove the aunty wrong........ we.... 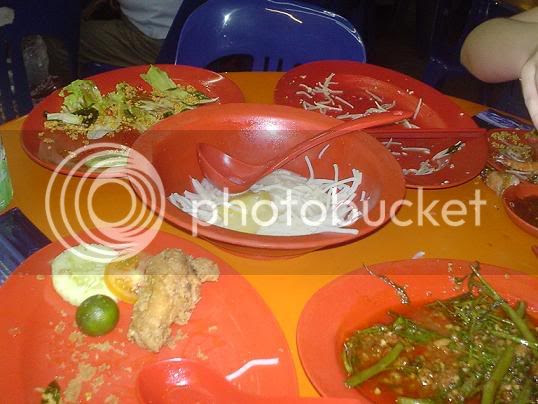 Thumbs up for each and every dish we ordered... ESPECIALLY the xo fish beenhoon, fried chicken and the fishslice hor fun!
Posted by Junie at 7:16 PM No comments: